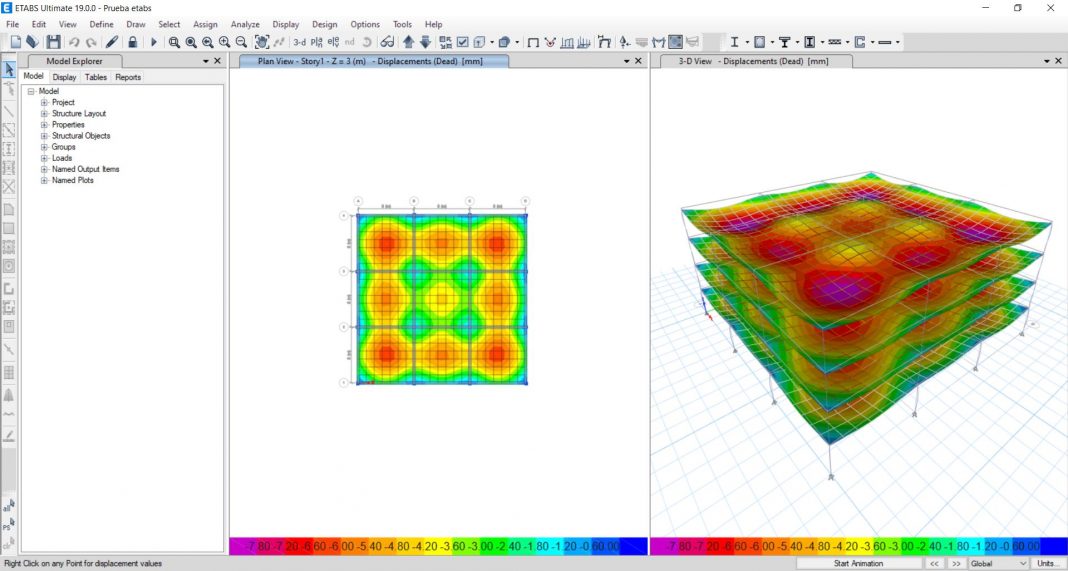 Difference between the Thin Shell, Thick Shell, and Membrane element

In ETABS we often face the problem of selecting the type of element to be selected during the design of the Slab and Shear wall. When using ETABS we may recognize that there are 4 options for a Wall/Slab section assignment. They are Thin Shell, Thick Shell, Membrane and layered. Each type of section has different features. Since Slab or Wall are main elements of a structure so assignment of their section has significant effect into our model output. There is a debate among the engineers around the world about the selection of material type whether it should be Thin Shell, Thick Shell or Membrane. We will go through major meanings of what each type of elements represent, what it will affect to our model and some useful recommendations.

A membrane, defined in ETABS and many other FEA based software is an area object which has no out-of-plane stiffness characteristics. Which means, the theoretical bending stiffness of a membrane is zero. A membrane element has in plane stiffness and can transmit loading in its strong axis direction. A membrane cannot bend. Membranes can sustain out of plane loading by in-plane-stresses. It can resist forces by in plane tension meaning transferring load to the supports via. Tension.

For membrane, only in-plane stiffness shall be considered by the finite element programs while performing analysis of slabs. When analysis is done, ETABS uses tributary area algorithms to transfer the load from a membrane slab directly to its supporting walls and beams. The loads applied to membrane objects transfer directly to supporting structural objects, whereas meshed shell objects have bending stiffness and therefore resist a portion of the load through flexural deformation. As a result, 100% of the load will transfer through a membrane, while less load will be available to transfer to beams located under a shell.

Note that a membrane will not be able to distribute load properly to support columns without beams and walls. Therefore membranes be used for an application such as a two-way flat slab. If Slab is not flat slabs then it can be is defined as Membrane. Remember, if slab is defined as membrane Finite Element Meshing must be avoided.

A thin shell can be defined as shell elements which have a thickness which is small compared to its other dimensions (i.e. length and width) and in which deformations are not large compared to thickness. In plane & Out of plane stiffness shall be calculated by the program by performing analysis. It is to be kept in mind that, Meshing during Finite element Analysis is compulsory for modeling such type of element.

Thin shell formulation follows a Kirchhoff application. The Kirchhoff-Love hypothesis demonstrates, a kinematic constraint that is assumed to be valid for the deformations of a three-dimensional body when one of its dimensions is much smaller than the other two, as is the case for thin shell. Kirchhoff-Love hypothesis neglects transverse shear deformation, where the cross-section perpendicular to the mid plane remains straight & perpendicular to the mid plane at the end of the deformation. As a result, the body will ignore the shear deformation and stress in the through-thickness direction.

Fig 3.  Thin versus Thick before and after deformation

Thin shells do not consider the stress in the direction perpendicular to the shell surface. The main difference between thin and thick shell formulation is the inclusion of transverse shear deformation in plate-bending behavior.

Thick shells are governed by the Mindlin–Reissner (thick shell) theory, which does account for shear behavior. Thick-plate formulation as explained by Mindlin–Reissner, has no effect upon membrane (in-plane) behavior, only plate-bending (out-of-plane) behavior. Thick shells are capable to represent transverse shear deformation in model whilst thin shells do not. As the shell thickness decreases, the problem tends to relate more to Kirchhoff (thin shell) theory which neglect the inclusion of transverse shear deformation. This behavior is pretty much similar to the thin (Euler-Bernoulli) vs. thick (Timoshenko) beams comparison. Timoshenko assumes the same as a thin shell, but the cross section is no longer perpendicular to the deformed midplane. (See the Figure 3.) Thicker shells where shear effects become noticeable can be accurately modeled using Thick-Shell element.

We can say in general that the contribution of shear deformation becomes significant when ratio between the thickness and the span of plate-bending curvature is approximately 1:20 or 1:10. For ratio down to 1:5 or 1:4, the formulation itself is adequate. Keep in mind that, this ratio depends upon the projected span of curvature, shell thickness may be larger than the actual plan dimensions of the shell object.

Typical thickness for thin shell is <5% whilst thick shell theory applies within the 5-10% range. Anything significantly >10% should not be modelled using plate theories. The following assumption can be a great guide to get started in using shells vs solid models: Let h is the typical thickness of a component while L is its typical length. When the ratio, h/L is large, shear deformation is at its maximum importance and the user should use solid elements. When h/L is small, transverse shear deformation is not important and thin shell elements are chosen. The formulation below displays the h/L and what element may be used to model it.

Thick-plate formulation is the best choice for the applications where, Shear deformation tends to become important when shell thickness is greater than approximately 1/5 th to 1/10 th of the span of plate-bending curvature. Shearing may also become significant in locations where bending-stress concentrations occurs. This concentration occur near openings or re-entrant corners and near sudden changes in thickness or support conditions.

Thick-plate formulation is preferably recommended in general because it tends to provide more accurate results, even though it is slightly stiffer. It is preferable even for thin-plate bending problems in which shear deformation is truly negligible. However there remains a problem.The accuracy of thick-plate formulation is sensitive to mesh distortion and large aspect ratios, therefore in such cases when shear deformation is known to be small Thick Plate formulation should not be used.

Membrane is used to transfer the load to the beams without considering the strength and stiffness contributed by the slab. It distributes the load in a yield line like manner as trapezoidal and triangular loads to the beams as explained in the figure below.

One thing to note is that Defining slab as membrane sometime cause a lot of errors, especially when the model is not orthogonal. Membrane will only work if there are surrounding beams at all four directions. If any beam is missing, the program divides the triangular or trapezoidal loads as point loads to the supporting columns.

At locations where the membrane assumptions cannot be met and we desire for our design to be consistent ignoring the slab strength, we can define a shell with a reduced out of plane bending stiffness.

A Comparison of the differences between Thin Shell and Membrane

As an example we can see the following Model for your Convenience.

In conclusion we can say that, Different companies have different styles of using
ETABS software depending on their understanding. However, understanding the philosophy of ETABS is the most important thing for a modeler so that the modeler can ensure that his model is under control. 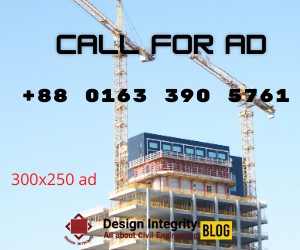 Theory of simple structure by Shedd and vawter [...

Difference between the Thin Shell, Thick Shell, and Membrane...

Theory of simple structure by Shedd and vawter [ Ebook PDF...

Difference between the Thin Shell, Thick Shell, and Membrane element